Some people may have noticed that I write Christmas poems around that time of the year. One morning, when I was thinking about such things, this poem appeared.

A farmer pointed to his neighbour’s crop,

When the stripping came around,

And the header has its day,

They heard the threshing on the ground,

As it was cut for hay.

They bailed, and trucked and stowed it,

In the shed over by the way,

After bailing was all done,

The last bit was left for another day.

They left that bit in the corner,

Loose on the hay shed floor,

For a time of use later on,

Who would know what’s in store?

The farmer of pessimistic bent,

After his wife died in tragedy,

His care for all was spent.

He hit the bottle hard,

And as the anger heaved inside,

He’d take it out upon his son,

And bash and flog his hide.

One day in a stupor,

As he reeled upon his feet,

The young bloke pushed him backwards,

And took off down the street.

The young bloke ran along the lane way,

He trudged across paddock and up road,

Finally after much moving,

He had to rest his load.

He staggered into their neighbour’s hay shed,

And in the corner by the way,

He spotted the bailing leftovers,

And then crashed in the hay.

Christmas Eve, it was, that night,

That he fled his Dad’s abode,

Searching for a place to rest,

He’d taken to the road.

It was reminiscent of another night,

On another day and station,

When a family travelling to Bethlehem,

When morning came, the farmer went,

Out to the hay shed,

Surprise met him on the threshold,

With the neighbour’s son in bed.

He later told his preacher,

Who thought the story had deeper reach,

This plight reminded him of the first Christmas,

So, on it he did preach.

The boy’s father just got worse,

And ended up doing time,

In a drunken rage he robbed and assaulted,

And was caught red handed in the crime.

But his son looked after his father’s flock,

And worked on the neighbour’s land,

He took the wilted, bailed hay,

And fed the sheep by hand.

Then gathered with his ‘foster dad’,

They gave thanks for the wilted hay,

It had served a purpose,

On the needed day.

There is more story to be told,

The son and father ran to embrace,

And now work side by side.

Our life’s triumphs and failures,

But even chaff has its day in the sun.

On that needed day.

True life will find a way.

Country lad, Focussing on verse. View all posts by simonfalk28 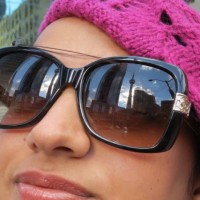